After a few presentations in public and a little of teasing, Bottle Break is proud to officially announce you its game : West of Time !

As the game is still in development, we will regularly post some Dev Blogs to keep you in touch with the project. Conventions, state of the project, internal tools, interviews … You will know everything about the game and the team!

General Presentation of the project

As you can read on the itch.io page of the project, West of Time is a 2D systemic point and click game in which you must sow discord in a far west town using time control.

During the game, you embody a powerful amerindian Spirit called Raven. For most of the tribes, Raven was both charitable and mischievous but his tricky mind lost him in his malevolent behaviour.

In West of Time, Raven decides to invest a far west time and sow discord on it. To do that, you will have to observe the environment to learn about the characters.

Then, stop the time and modify it by moving some objects. And finally, you’ll just have to rub your hands in glee while watching all the consequences of your act after launching time again.

As the game is still in development, the story is still subject to change!

How did West of Time came to life?

Our game was created during a 6 to 7 (we had one week of break) weeks project for school. This was asked as part of our Video Games Bachelor Year 3 at the IIM - Institut de l’Internet et du Multimédia.

Of course, we didn’t rushed headlong : we had some constraints.

We had to do the vertical slice of a 2D game, made with Unity, which contains a moment with an epic music.

We also had some constraints about the setting of the team. As we were separated into specialization groups for school (game designers, programmers and game artists), we had to include a certain number of each specialization - according to the number of person in our class.

Our first week of work was dedicated to brainstorming and concept sessions. We came through a lot of ideas before approaching West of Time’s concept :

All of our ideas were either really hard to do in the amount of time we had, either already developed exactly like we were seeing them.

But the team took its time, and finally, the (almost) final concept came to our mind ! Of course, the game changed a lot since our first ideas of it, but we will come to it in a next Dev Log dedicated to the evolution of the game.

Why did we decided to continue the project, and how will we do it?

We liked our concept had great reviews and tips when we first presented the game during our final oral, and most of all : we have a team that know how to work together!

All of these elements combined gave a us a huge motivation. We want to continue the game, to make people laugh and think in front of it and to work all together!

But we won’t have as much time as we had during our 6 to 7 weeks of development, and as we are on our last year of Bachelor, we all have a 6 months internship to do ! So, we’ve started to rearrange our original schedule according to this.

First of all, we will work on a new version of our demo. Indeed, if you already played the game before, you will notice some changes when the next version will be available online! Metagame, sound design, and even tools that you, players, won’t see … We decided to work a lot on this new version to build you better levels later!

And then, we will focus on some other levels, but the informations about them will be given in good time … ;) 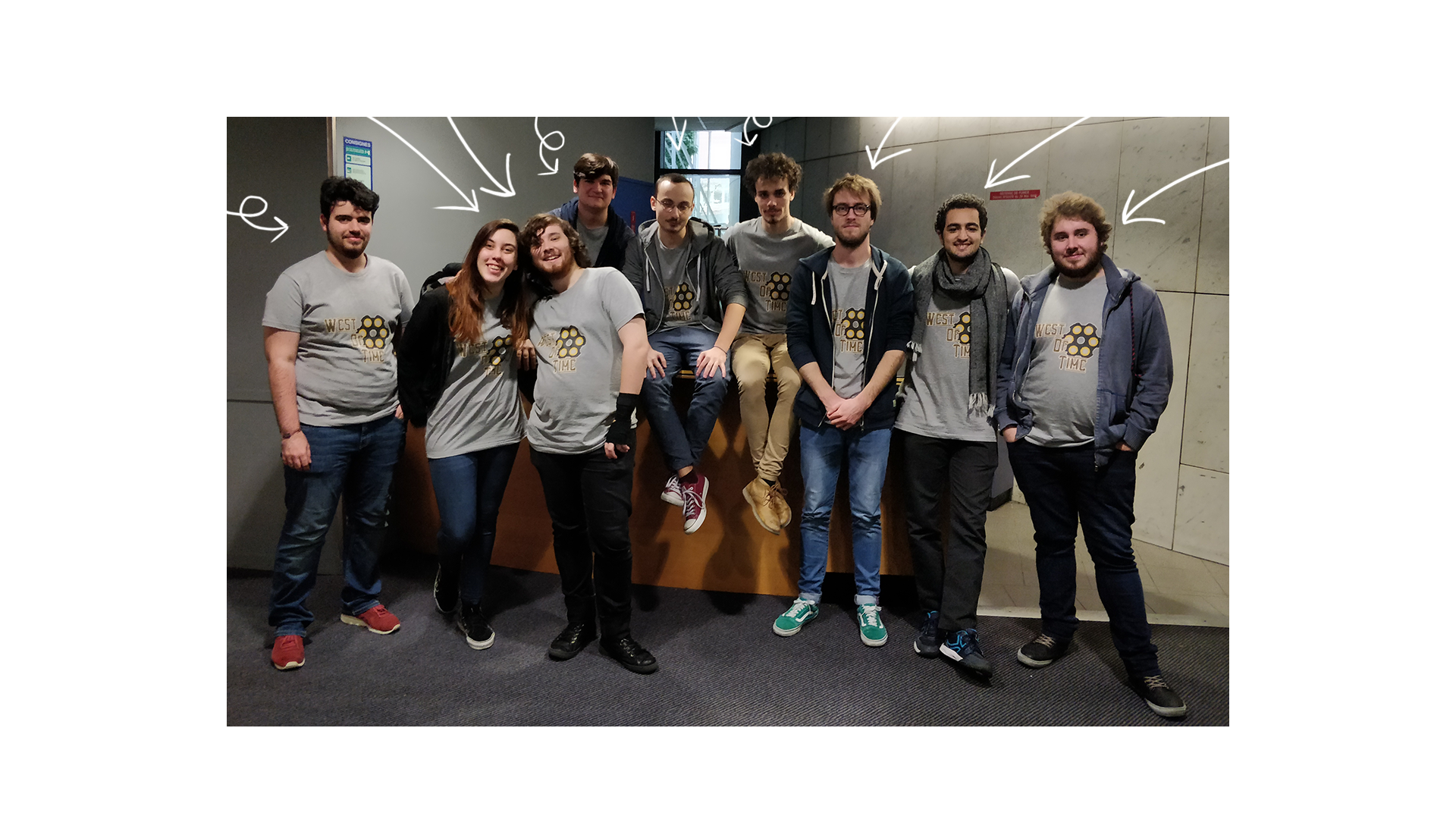 Special thanks to Octave Schlumberger who worked with us during the 6 weeks as a composer.

Thank you for reading, and see you soon for more news about the game !

Get West of Time

Embody a amerindian spirit and spread chaos by controlling Time.